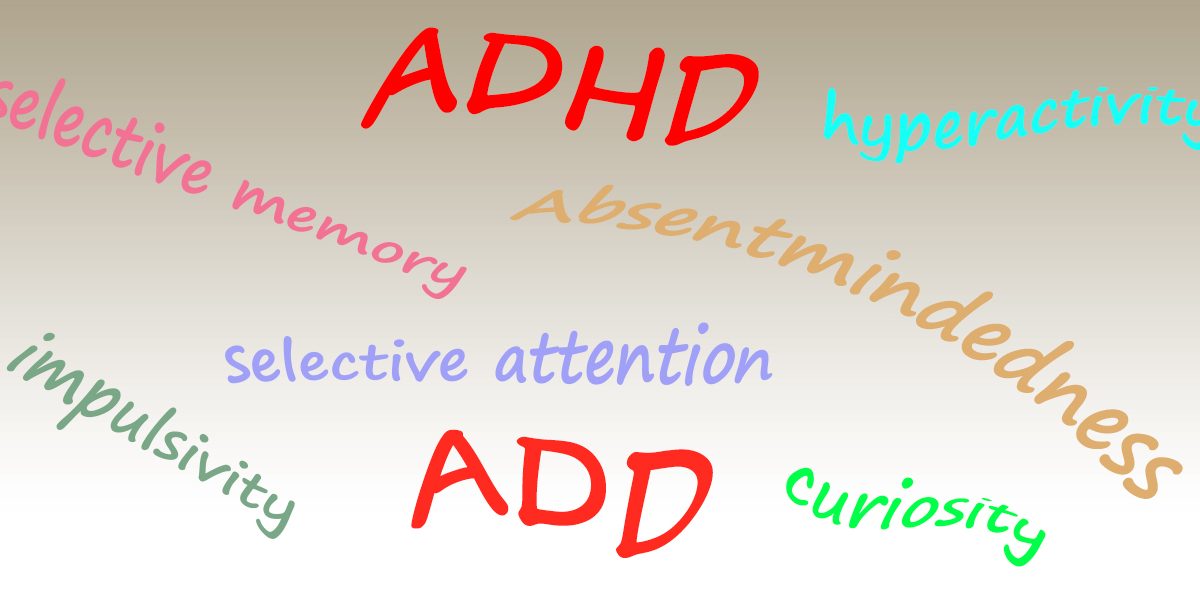 ADHD, Attention Deficit Hyperactivity Disorder is a set of characteristics that reflect the inborn temperament of а child. Of course, children with ADHD are very different among themselves, but 6 basic characteristics are common to all of them.

When children with ADHD are concentrated on something, they don’t hear what’s happening around them. They don’t respond to calls and often react with anger if you interrupt them in what they do.

Their attention can be an advantage when children do something creative, but also a disadvantage when attention in one area prevents them from paying attention to things that other people consider important. That’s why they need you! If you help children with ADHD concentrate on a serious subject interesting to them, there’s a big chance that eventually they will become extraordinary experts in that field. The proof of their abilities are the many famous people with ADHD among which are the ones from the photo.

Children with ADHD structure are easily distracted. Their attention on a task often switches to any stimulation that isn’t in a functional relationship with that task. Even if you can prevent ADHD children from diverting their attention to other external stimuli, they will eventually focus on internal stimuli: memories, wandering thoughts…

Usually, the first thing that parents notice in the behaviour of children with ADHD is the impulsivity. The child continues to work on an idea that suddenly comes into her/his mind. They are unreasonable, but they haven’t a bad intention. They simply don’t link the action with the consequences that can result from it. After the damage, they feel bad for the troubles they have caused.

Impulsiveness is particularly noticeable in social situations. It’s very difficult for them to wait in order, patiently listen, to put away a satisfaction to some need… For example, if they wish chocolate at the moment, they will not calm down because the shop doesn’t work, or you haven’t enough money…

Children with ADHD usually express impulsivity while studying, especially if the subject is boring to them. Children in the desire to complete the task, will not check the result twice. They will summate when they should subtract, will multiply instead of divide, even if they know how to solve such tasks.

Strict punishment of children with ADHD structure will not help to reduce their behaviour. It will only negatively affect their self-esteem and can cause real behavioural disorders. Of course, ADHD isn’t an excuse for behaviours that must not be tolerated. The impulse can be very dangerous for the child. For example, it can run across the street without looking left and right.

The impulsivity of children can be an advantage for those with ADHD. If the impulse develops into perseverance and patience, the children will consume enormous energy in achieving its own well-being and goals.

Children with ADHD haven’t only selective attention, but also selective memory. They usually memorize things that most children don’t remember, but don’t memorize what most people memorize. For example, when learning history, they will remember the kind of weapon the king was killed or some other interesting detail, but they wouldn’t remember the name of the king.

Curiosity is one of the leading characteristics of children with ADHD. It is often the fuel for their impulsiveness. This combination of characteristics is like a sword with two blades. Curiosity can be a positive and negative trait, depend on how children meet their need for discovery. I believe that you will agree, pushing a wire into an electrical outlet isn’t an adequate way to check if the current is really dangerous.

Some children are tireless and very active, even when they are asleep. But that’s not a problem in itself. Studies showed the actual level of activity in children with ADHD isn’t much higher than in other children. The problem is that children with ADHD are active in unsuitable situations and at inappropriate times.

Other characteristics of children with ADHD…

In addition to the above 6 characteristics of children with ADHD, they also often express excessive emotionality, forgetfulness, egocentrism,… Depending on how you raise the child, these predispositions can develop as an advantage or disadvantage.