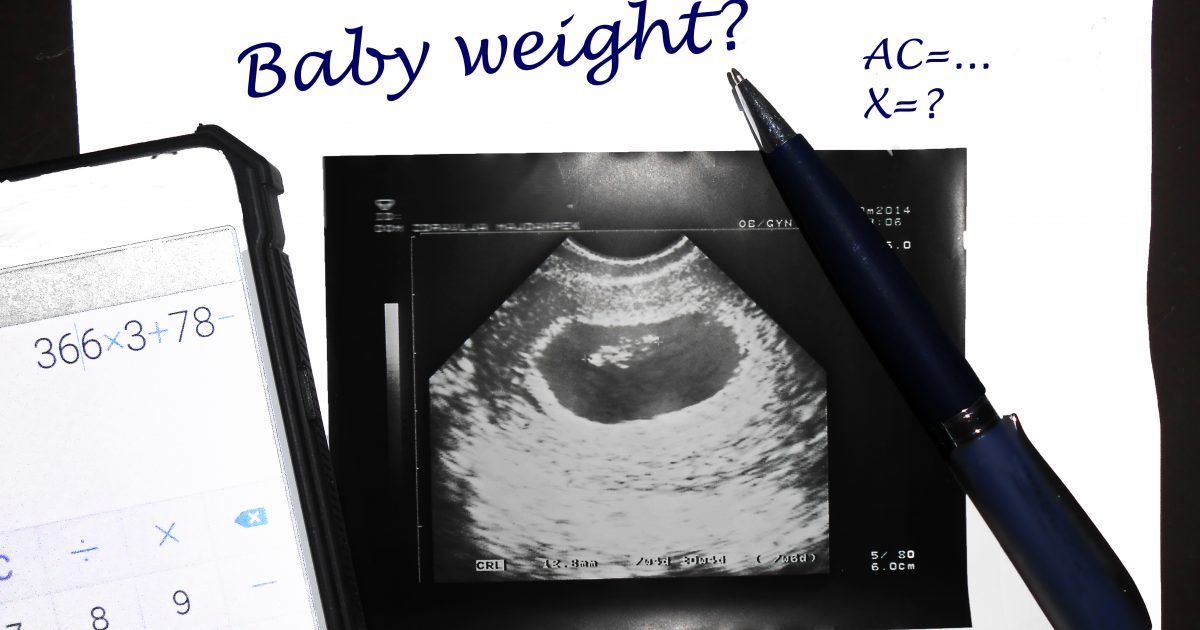 Lady Li 05/11/201925/06/2020 Free Parenting Tools, Prenatal 0
* Biparietal Diameter (BPD) - It is a measurement of the diameter across your developing baby's skull, from one parietal bone to the other. The BPD is used to estimate fetal weight and gestational age. The BPD has been shown to be accurate in predicting gestational age from 14 to 20 weeks. The variability increases after this time. * Abdominal Circumference (AC) - is one of the basic biometric parameters used to assess fetal size
Biparietal Diameter (BPD) : mm
Abdominal Circumference (AC) : mm
Estimated Fetal Weight is: 0 grams (0 pounds) (0 ounces)
* Shepard formula
Spread the love

Following fetal weight is important in making an image of the development of a fetus. Thus too low weight or overweight of a fetus may indicate the presence of health problems in its or mother’s body.

With that in mind, in my second pregnancy, I calculated the baby’s weight on my own after each ultrasound, because the ultrasound reports that I get only showed AC, FL, BPD, and HC measurements and not what a fetal weight was. To make it easier for mothers who want to find out what the weight of their baby is but who don’t like math, I made this calculator with the help of my gynecologist and my colleague IT professor. You can calculate a fetal length also with our free Fetal Length Calculator.

How to use the Fetal Weight Calculator?

Calculating of fetal weight is very simple with our Fetal Weight Calculator. Just look at the ultrasound report that you get from the doctor. There are some measurements marked with AC, FL, BPD, HC. In order to calculate fetal weight, you will need the AC and BPD measurement (the abdominal circumference and diameter of your baby’s head). Enter the measurements in the highlighted box above and then get the weight of your baby.

The Fetal Weight by Week

I have already written a lot about the development of a baby in the womb and fetal weight by week (visit Prenatal development stages and the Fetal Growth Chart. Therefore, I will only state briefly how fetal weight increase during pregnancy here.

As you can see in the mentioned articles, the weight increase is impressive in the first months of life. The weight of the new man increases hundreds of thousands of times in just a few weeks! However, it is very difficult to determine the fetal weight in the first trimester because the fetus is still so small.

At 13 weeks of pregnancy, when all the organs are already formed in the fetus, the fetal weight should be about 23 g or 0,8 ounces.

From the 14th to the 20th week, the fetal weight should be around 220-270 g. The fetus is getting big enough that the mother can feel its movements.

By the 30 weeks, the fetus is beginning to prepare for natural childbirth. The weight of the fetus reaches 1100-1300 g.

By the end of week 40, most women give birth. The birth weight of a child usually reaches 3200-3600 g, and the height is about 50 cm. If the birth has not yet occurred, the pregnancy is considered post-birth. In this case, pregnancy should be artificially caused. However, the baby usually grows to 3500-3800 g during 41-42 weeks.

The causes of deviation in the weight of the fetus

As we can see, it is normal if a baby is born in the 39-40 gestational week, with a weight between 3000 and 3800 g. However, it often happens that infants who are born with a weight fewer than 3 kg or more than 4.5 kg don’t have any health problems. Therefore, parents shouldn’t worry if the weight of their baby deviates from the average fetal weight by week. It can only be due to genetics. Namely, one of the common reasons for fetal weight deviates from the average fetal weight is a hereditary predisposition. In other words, if the parents are light and tall, their baby is likely to be small, and vice versa.

Other common causes of deviation in fetal weight are:

I want to mention one interesting fact here. Namely, it is very often that the second and next kid has birth weight bigger than the previous ones. The reason that first-borns are less likely to be overweight is unclear. Also, it is normal that the weight of babies is less than average in multiple pregnancies.

If an ultrasound shows that the weight of your baby deviates from the average weight, first, you should always make the error correction (plus or minus 500 g). Secondly, you should know that babies grow up in “jumps”. For example, a baby who has a weight below average at 34 weeks can reach a normal average weight already at 35 weeks.

However, a conclusion about fetal health can not be made according to one ultrasound. On the contrary, that requires several controls over several weeks. But, if the weight of your baby is different from average fetal weight significantly and after several measurements, looking for the causes of that is necessary. Therefore, your doctor will direct you to do some additional examination.

Additional examinations should eliminate or identify possible fetal pathologies, including genetic disorders, the presence or absence of intrauterine infections, … Of course, the mother should also do blood, urine and infection tests.

Surely, doctors will inform you of further examinations the best. What you need to do is to avoid stress and to think about your condition positively.