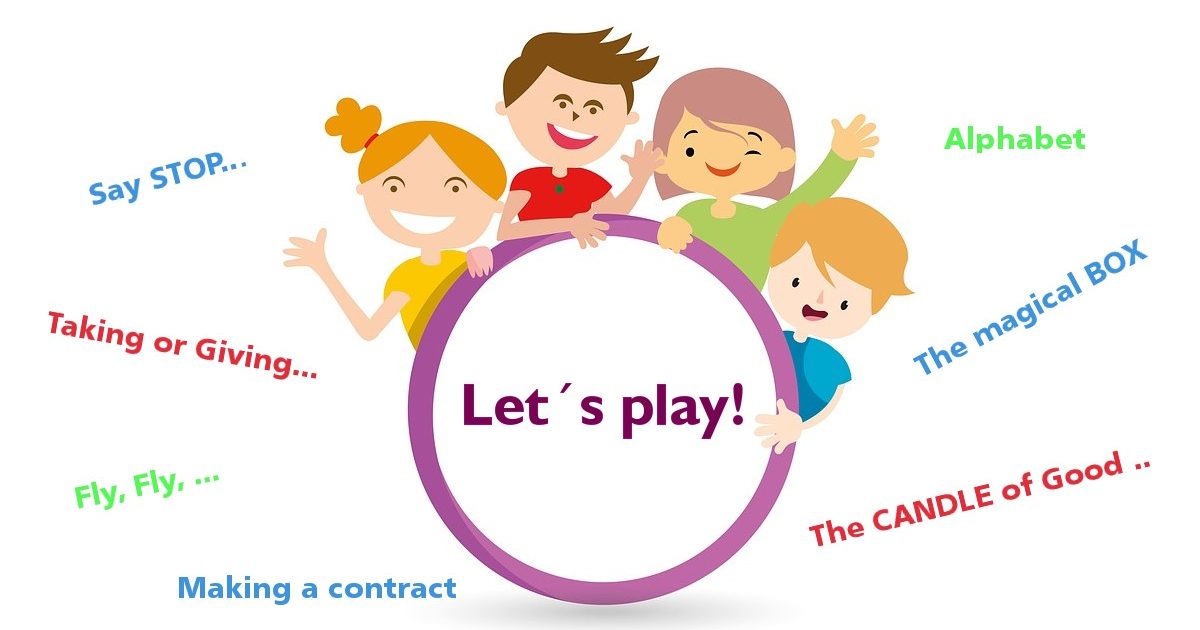 If you think it’s impossible to keep the children’s attention with Attention Deficit Hyperactivity Disorder on games with rules, you’re mistaken. You just need to find the appropriate games for them. Those games should be in line with the characteristics of children with ADHD and their age, interests and abilities as well.

Teaching children with Attention Deficit Hyperactivity Disorder and raising her child with ADHD, my friend has discovered that some games are especially suitable for them. Besides the fact that children with Attention Deficit Hyperactivity Disorder show the great interest in those games, those games also promote their attention, memory and increase knowledge about things and the world. Also, those games are based on pedagogical strategies for disciplining children with ADHD. Therefore they encourage self-control, improve self-confidence and alleviate impulsivity in children.

You can modify this game according to the knowledge and interests of children. For example, if we want to teach children about vegetables and fruits, then we can change rules so that children must stand up on saying some vegetable, and stay in the squat position saying a fruit. For the content of this game, you can also use school subjects that children interest or even subjects that are difficult for them to learn. Thus, playing this game, children can learn which animals belong to the mammalian, which are nouns or verbs, … Simply, this game can have a lot of variations if you are creative. It’s only important to understand the purpose of the game. The purpose of this game is that children must concentrate on words that a person who runs the game say and act promptly and timely on words according to the rules of the game.

This game is especially suitable for children with Attention Deficit Hyperactivity Disorder because playing it they:

2. Say Stop to Yourself

Playing this game, children learn to control their impulsivity. Actually, they learn to recognize impulsive behaviour and to consider the consequences of it playing this game. First of all, this game is a strategy for adopting self-control over the behaviour of children.

Children should play this game in situations where sense the stimulation of impulses. In those situations, the rules of the game are:

Every time when a child succeeds in the game, i.e. when takes control of his/her impulse, the child should receive a plus. On the contrary, when he/she doesn’t succeed, a child should receive a minus. You should notes pluses and minuses in front of the child. Try to notes more pluses than minuses. A lot of plusses increase the child’s confidence and motivate him/her to like and play this game feeling successful in it. 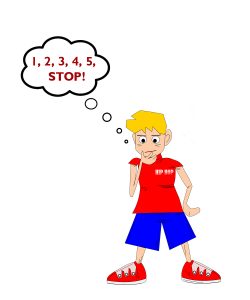 More about games Say Stop to Yourself:

3. The Candle of Good Behaviour

You can play this game with one or more children. At the beginning of some task, e.g. the writing of homework, you should light a candle. The candle should burn as long as the children behave well. If someone interrupts the agreed behaviour, you should extinguish the candle. When children correct the behaviour, you should light the candle again. A child or a group of children should receive a reward when the candle comes to an end. Because everyone cares that burning the candle comes to the end to get a reward, the kids will start to encourage each other to behave well.

You can also combine this game with some other game, and not only by performing some of obligations or task. It is suitable for every child over 3 years, especially for children with Attention Deficit Hyperactivity Disorder when you want to correct their behaviour. By playing this game, children get self-control, learn to suppress their impulsivity and learn that every behaviour has some consequence.

You can play this game with one child or more children. It is based on operant conditioning, ie learning by rewarding or punishing.

At the beginning of the day, you need to give a certain number of chips to every child, say 5 chips. Of course, every child should get the same number of chips as others. Then, you must determine rewards for a certain number of chips. The best is to choose rewards with the child or children. It is important that rewards are something that will encourage children to play the game. Then, the game can start and lasts until the end of the day or some other time that you specify.

You play the game taking by one chip from a child for any bad behaviour and giving by one chip to the child for the good behaviour. At the end of the day, the child should receive a reward according to the number of chips that he/she collected. The advice is that you should try that every child receives at least the smallest reward to not disturb a child’s confidence. 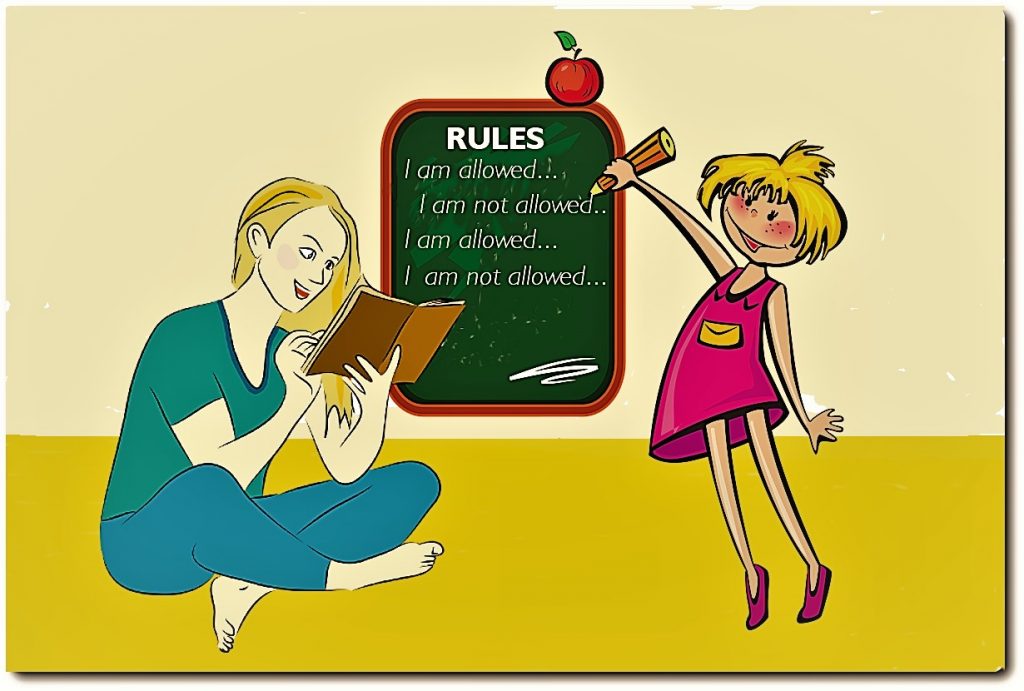 Making a contract is a powerful strategy for improving the behaviour of children with Attention Deficit Hyperactivity Disorder. Those contracts must be very precise and fun.

Like any contract, this also should have two sides. A parent or teacher should be on one side and a child or children on another. A parent or teacher has the obligation to give a chip to a child for any good behaviour. After an agreed period of time, the adult should give a certain reward to the child for a certain amount of chips that the child collected. On the other side, the child’s obligations are to perform certain good activities or not to do bad activities depending on the agreement.

You should make a contract in a good and funny ambient. Specify what good behaviours expect from children and write that in the contract. Also, specify which behaviours are not good and describe them precisely. Emphasize to children which changes in their behaviour you expect and that you believe that they can change those. Then, make a specific instruction on how to children achieve a goal by step by step. This is very important for children with Attention Deficit Hyperactivity Disorder because of dividing a task into several small tasks is good for them. Each step of instruction should represent a certain good behaviour that you expect from children or avoiding some negative behaviour.

For each completed step, every child should receive a certain reward. In the end, for the achieved goal, the reward should be worth more. It is advisable to choose rewards together with children.

More advice about making a contract:

You should prepare some box for this game. If you don’t have a box, you also can use a hat or some bigger bowl,… The box should send from person to person in a circle so that each person must put something by his/her choice in the box telling what put in and which objects are already in the box. In fact, you should play this game with children in such a way that each of you must add something to the box repeating all previously mentioned in the same order along with the name of the new item that added.

Kids with Attention Deficit Hyperactivity Disorder show interest in this game because of its dynamism. At the same time, this game improves their attention and memory.

This game requires two or more players. The first player starts with the letter A. He/she must find words that begin with that letter and belong to certain agreed categories. Otherwise, the best is to choose a category according to the interests of children. If they like cars you can choose this category.

This game can be played on teams. However, it is interesting for kids with Attention Deficit Hyperactivity Disorder because it is dynamic. At the same time, this game is good for exercising their attention, memory and training self-control. Playing it, children also learn the alphabet as well as the names of countries, rivers, fruits, animals,… 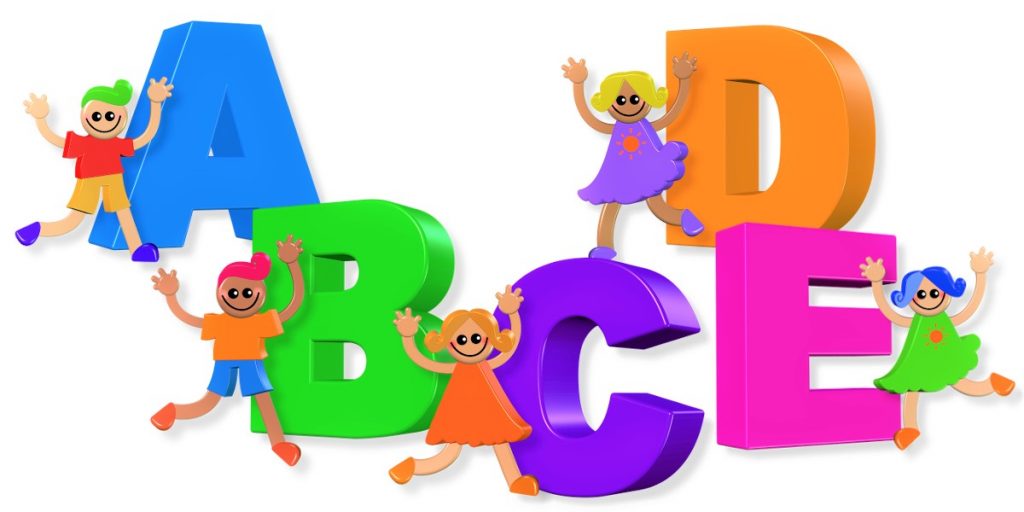 All those games are suitable for children with Attention Deficit Hyperactivity Disorder, but also for any other child who shows interest in them. Likewise, all those games with rules can be adapted to the age, interests and knowledge of children. Of course, if some child can not respect all rules of games or doesn’t show enough knowledge by playing them, you should show understanding to him/her. Remember, those games improve attention, memory, self-control and intelligence in children with Attention Deficit Hyperactivity Disorder and every other child, but primarily serve for their entertainment.