1. Egocentrism as the main feature of preoperational thinking

Egocentrism is the core of all other features of children’s preoperational thinking. It is the non-differentiation of the subjective (what is in the kid’s mind) and the objective (what really exists). For children at age 2-7 years, the world is like they see it, not what it objectively is. Kids think that their subjective truth is the only possible and only right. Therefore, it’s difficult for a child to put him/herself in the position of another subject, to realize that other people may think differently. Also, children’s understanding of the world depends on observation. For example, on the question of why is the moon moving, a child concludes that it moves to follow him/her.

Do you know that children at age 2-7 years have the idea that other people can read their thoughts? That is realism, one more feature of preoperational thinking. It means that internal experiences have characteristics of external, physical reality. I will explain it by examples of children’s beliefs about thoughts, dreams, and names.

Kids don’t make difference between sleep and reality at the preoperational stage. In the stage of deep realism, children think that dreams come from the outside. For example, when a kid with preoperational thinking dreams mom and dad, he/she think that mom and dad make that dream. If a kid dreams forest, the kid thinks that the dream comes from the forest and that the dream is in the forest. Also, at this stage, kids believe that people can see dreams. Gradually, kids realize that sleep is an internal phenomenon and that their dreams are only in their heads.

Similarly, children at age 2 to 7 years think that the name is a physical and unchangeable feature of the object that signifies. They are convinced that names exist from the beginning of the subject. Also, they think that the name can’t be changed, or if the name is changed, the subject will changes itself. The illustration below explains nominal realism as a feature of children’s preoperational thinking. 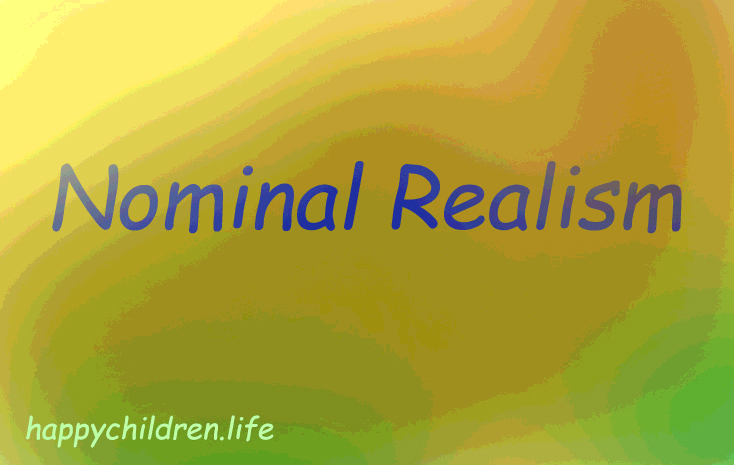 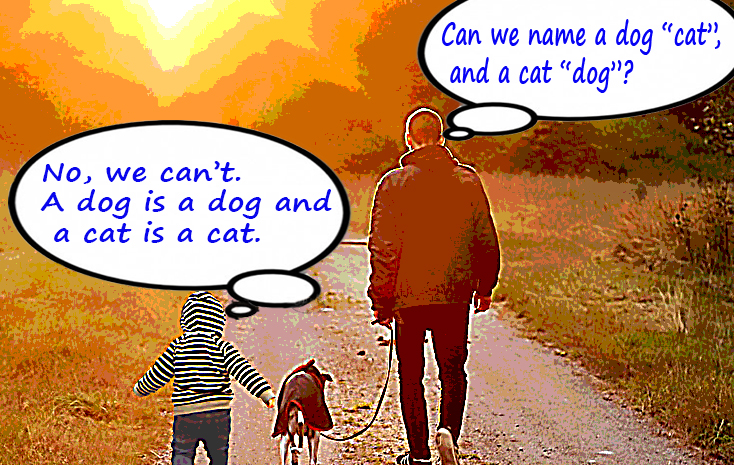 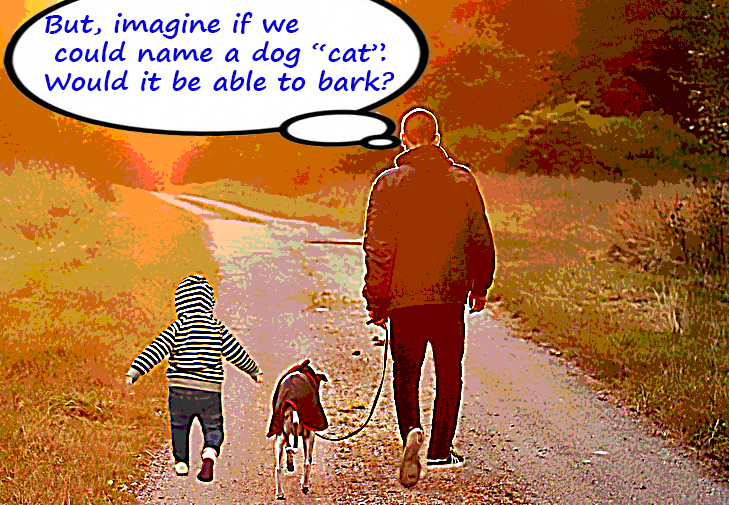 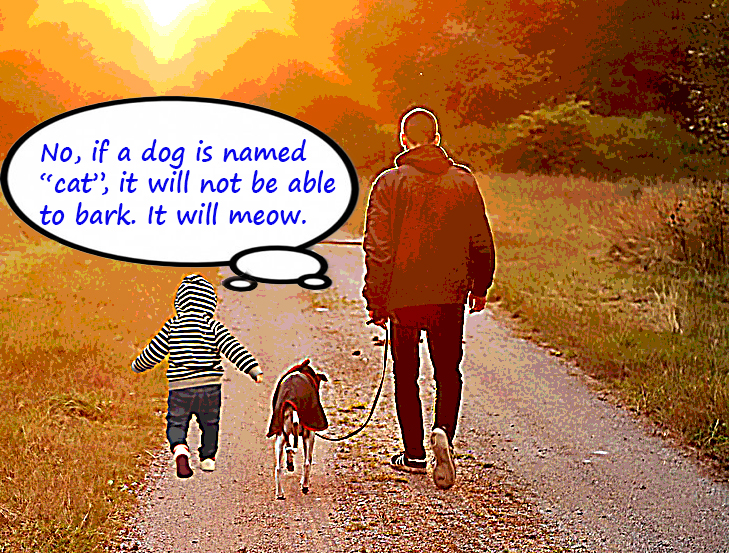 Animism means that certain non-living objects and phenomena have the features of living beings. With younger kids at this age, almost everything can be alive. In the beginning, kids consider alive all objects that have some function for a man. For example, a kid claims that the sun is alive because it shines. Then the kid finds that only moving objects, such as cars, are alive. After, the kid considers living only those objects that move independently, such as the sun and the moon. That’s why children with preoperational thinking often believe that the moon and the sun follow them while walking.

One more feature of children’s operational thinking is artificialism. It is the belief that natural objects and phenomena have been made by humans. The sky was colored by people… The sun was a fire that the people burned in the sky… People put a tap into the sky to rain… Compared to rural kids, these understandings are more common in children from cities. Also, artificialism is more common in kids from technologically developed cultures than in kids from primitive cultures.

Syncretism means making a connection with contradictory elements. At the preoperational stage, kids connect everything according to subjective and perceptual data. Thus arise children’s thoughts that the sun is in the sky because it is yellow, that the cloud has come out of the chimney,… Also, they consider many similar phenomena as the same. For example, the shadow is part of the night.

Kids cannot establish implicit and causal relations at the preoperational stage. They make relations between things or phenomena based on their closeness or similarity. For example, if you ask a kid with preoperational thinking, why he/she fell off a bike, the kid may tell you that he/she fell because of a broken leg.

Kids often express this feature in drawings. For example, when they want to draw a car, they draw wheels, windows, doors, and other elements separately.

7. The absence of relational thinking

This feature means the difficulty to understand relational courts. At the preoperational stage, kids don’t understand characteristics as relational, but absolute. Thus, higher and lower is just high and low for them. So the saying Samantha is fatter than Emma, the kids will understand that Samantha is fat and Emma is thin.

This is one more feature of children’s preoperational thinking. Kids from 2 to 7 years old often think about natural phenomena through their final purpose. For example, they think that the river flows to get into the sea.

At the preoperational stage, kids often give statements that are mutually contradictory. So, a kid will say that the stone sinks because it’s big, and the tree doesn’t sink because it’s also big. Clearly, kids make conclusions on what they see and don’t on what really is.

Above all, it’s not that kid’s preoperational thinking means less experience and knowledge in relation to adult thinking only. Their preoperational thinking is also a quality different from adult’ thinking. Moreover, it is different in different stages of cognitive development. However, it is good to know how and what the average kid thinks at a specific age. But, remember, every child is an individual for yourself.

One thought on “Jean Piaget Theory: 9 features of thinking in preschool kids”