Skip to content
Home > Babies > Toys for toddlers and babies 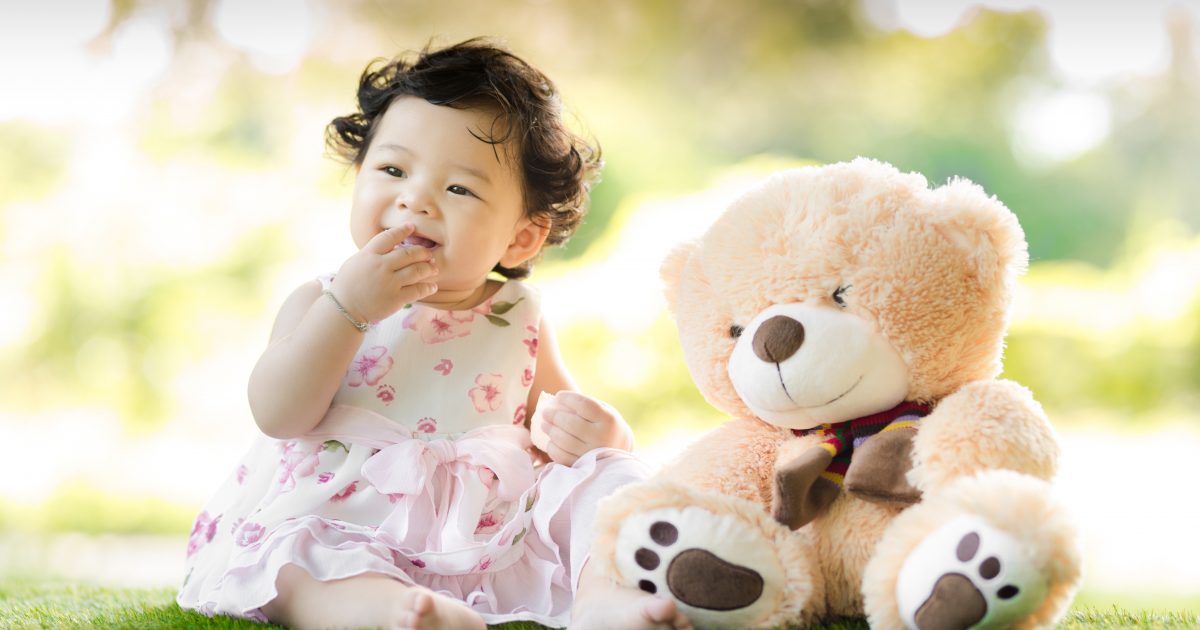 Many toys are suitable for all ages (such as bouncing balls), but the way they are used is different significantly at different ages of the child’s life. Actually, the age of child determine the function of toys. For example, toys for toddlers and babies serve as a random test of what can be done with them. On the other side, older kids use toys to explore their properties, so they need more complex toys.

Babies play only one type of play. That is a functional play. Kids practice certain functions through functional play, such as capturing, walking, throwing, etc. Since babies play with toys by touching them, throwing them and putting them in the mouth, toys intended for this age must be completely safe. Therefore, baby toys must not have small parts, sharp edges or ties that could wrap around the body. Also, they should be made of non-harmful materials that can neither be lined nor sewed. Of course, they should be washable for maintaining hygiene.

Of course, rattles are especially fun for babies. Mobile spinning rattles, i.e. colorful shapes that move above the baby crib or some other place where a baby often lies are useful in many ways. With them, babies:

Toys that produce some sound are very interesting for babies. Also, they encourage the development of hearing. However, fear of noise is one of the innate fears in kids. Therefore, you should care to ensure that the toy produces a gentle, calming sound.

Also, plush, crocheted and other soft toys are also suitable for babies. They are especially important for babies because they are warm and soft what calm babies reminding them on the skin of mothers. In fact, these toys most often have the function of a transient object.  As such, they provide safety to babies and relieve their fear, especially while they sleep. Toys that provide babies with security and warmth usually stay favorite to them and later. So, don’t be surprised if your child teenager is still very much attached to a plush toy that he/she played as a baby.

Toys for toddlers at age 12-18 months

At this age, the functional play still prevails. Therefore, toys for toddlers should serve to practice certain skills in toddlers primarily. Because of starting to practice walking, very practical toys for toddlers at this age are those which they can pull or push. Of course, kids still love to play with soft toys which practice their touching, throwing, pushing,… But, soft toys have great importance for toddlers at this age for one more reason. Namely, about 15 months of age, kids start to show separation anxiety. According to Bowlby attachment theory, it is normal that toddlers express separation anxiety if the person to whom they are attached is not in their vicinity. Because soft toys often have the role of transient objects, a kid at this age usually chooses some soft toy that reminds him/her to a parent with whom is affective attaches as the favorite toy.

Of course, toddlers show interest in musical toys. Usually, they like drums, xylophones with color racing, and other different instruments. But, you must take attention while shopping for toys with a sound that is adapted to the age of your kid.

To repeat, the functional play is still current at this age. However, at the end of this age, kids begin to play imitative and constructive games. Therefore, we already should offer kids at this age the toys that can be reared or stacked on top of each other. Thus, good toys for toddlers of this age are color cubes which kid can place in the right line or in agreement with each other. Children at this age also love toys that can imitate different adult activities. For example, they often have a favorite play with dishes that serve them for imitation of feeding.

Kids at this age become more physically able. They already walk skillfully and begin to practice running and walking up and down the stairs, as well as walking backward. Therefore, they like all toys which serve them as support in exercising these activities. Those are primarily toys with wheels: tricycles, small trucks, go-carts,…

Also, since children at this age already understand many bonds between causes and consequences, they also like toys that can cause some consequence. For example, good toys for them are these which they can open by pressing the appropriate button.

Of course, children still love soft toys. Now, soft toys often serve them not only instead of the warmth of parents, but also instead of friends. It’s not unusual for a child around the age of two to start talking to his/her favorite teddy bear, toy, to play with it, or to sleep, nourish and care about it as if it were a real being. It is a completely normal phenomenon, called the imaginary game. Imaginary game usually reflect a child’s desire to be with other kids.

From 2 years of age, kids start to remember better than on the previous age. Better memory gives special value to their toys. Now, a child remembers what the/she was doing before, so the child can look for a toy that he/she used in the park the day before or the one which received as a gift. This new ability gives you the opportunity to get to know your child’s tendency toward toys. Based on what toys your child remember and for what toys he/she looking for, you can see which toys especially attract his/her attention.

Since children at this age like to experiment, educational toys that stimulate the coordination of movements, logical reasoning, memory, and conclusion are especially suitable to them. For example, a little house with a key opening and inserting geometric shapes is the ideal toy for this age. Also, kids at this age like leggy cubes, rack rails, easier puzzles, animals, farms … Inevitable requisites for them also are balls, dolls, phones,…

“As if” or symbolic games, i.e. games that mimic the world of adults and their occupations (“kitchen”, “tool”, “makeup”, “doctor”, “firefighter” …) have particular importance for toddlers.

Toys according to gender

You can notice the differences between boys and girls toward toys about from 18 months of age. That shouldn’t be surprising, because children at this age start to notice differences in their physical appearance and roles towards the sex. They show that through imitative plays the best. That’s why boys mostly imitate fathers and the girls imitate mothers. For example, girls love dolls and play them by dressing them up, feeding them, taking care of them. On the other hand, boys enjoy games with tools such us mini drills, hammers, workshops, saws, …

However, nowadays, there is an increasing opinion that toys shouldn’t be classified by gender. I agree with that. However, some toys are impossible to classify in this way, for example, puzzle. With the help of puzzles, both girls and boys practice manual activities and develop attention.

However, as we shouldn’t forbid a child to play games that aren’t considered suitable for his/her gender, we also shouldn’t force the child to play them. Simply, the child should play with toys that he/she likes, regardless of gender. But, in my opinion, of course, you don’t have to agree with, that doesn’t mean that a child should not learn about the differences between the sexes. I think, learning about the differences between the sexes is necessary because those differences really exist. Nature determines these differences and society needs to accept and nurture that.

As we can conclude, toys have a great significance for kids. At first, toys encourage their development. In other words, playing with toys, kids learn about the world, explore the features and functionality of objects, learn how to use different items, … However, we must not forget that the game is much more important than a toy for kids. This means that the happiness of kids doesn’t depend on how many toys they have. Their happiness depends on how much, on what manner and with whom they play.

One thought on “Toys for toddlers and babies”