Home > Parents > 3 Types of Parents: Which of Them Should You Be? 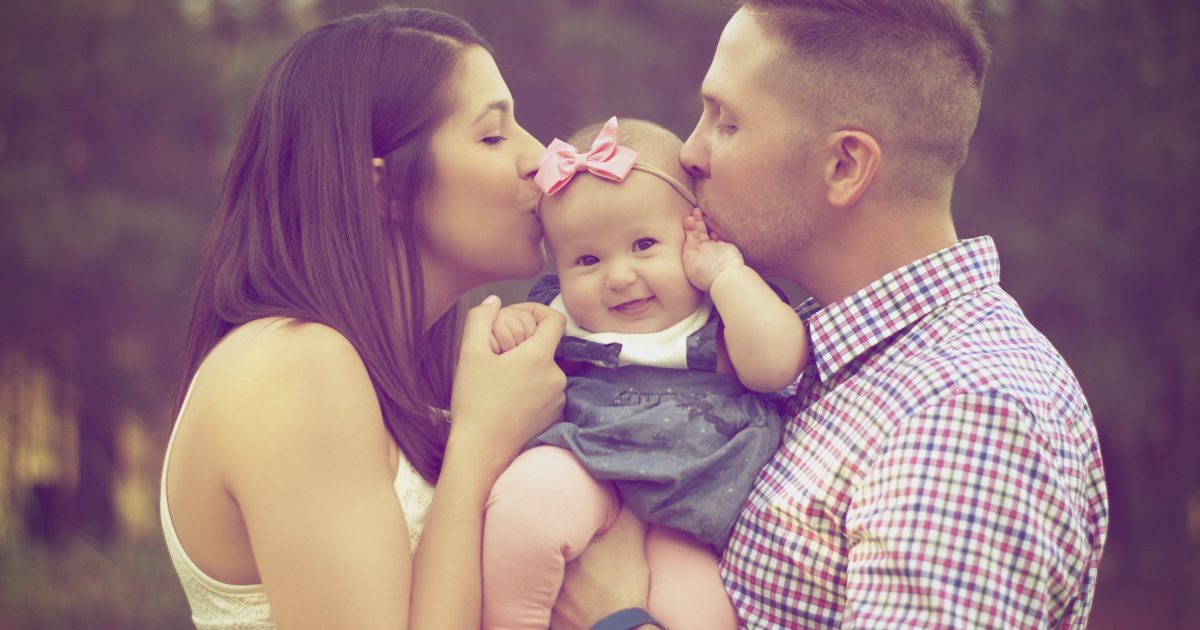 If you want to be a good parent to your child, you must have authority. However, there are 3 types of parents as authority, and only one of them is suitable for healthy child development. In this article, you will find out what type of parent you need to be and why you shouldn’t be too permissive or too strict.

The authoritarian type of parents

The authoritarian type of parent is also called a military type. Such a parent is too strict. A child has the duty to listen to him submissively and to perform what the parent has authorized him/her to do. Such a parent believes that children are only capable of what adults have taught them. He is convinced that children will behave correctly only if they follow the instructions and if they are under control of the elderly. For him, the child must be an obedient child. Therefore, his child must be obeyed without talking. 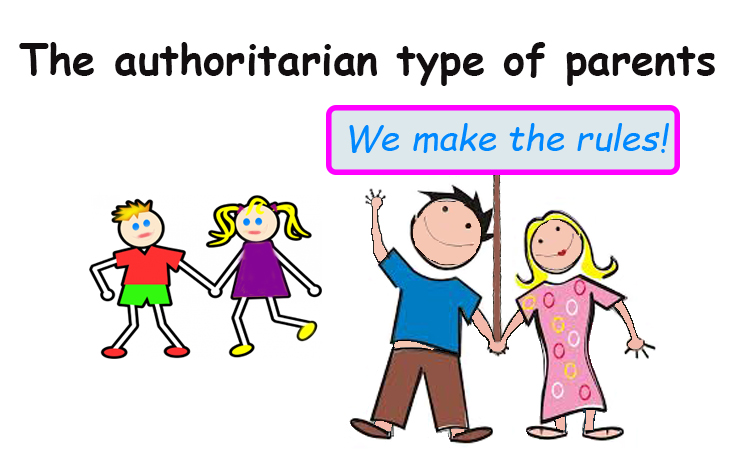 An authoritarian parent determines house rules alone. He pays special attention to those rules and any deviation from them treats as a violation of discipline. In the case of an offence, he uses penalties. Such a parent requires certain behaviour from the child, not taking into account whether it is in harmony with the child’s individual characteristics and needs.

Children are usually submissive to an authoritarian parent’s strict voice fearing that they will make a parent angry. They are obedient to the parent’s power, but not because they respect the parents. Children don’t perceive authoritarian parents as persons from whom they can get understanding, help, and acceptance. They perceive authoritarian parents as persons who determine what they need to be. That’s why a child of such parents usually feels incompetent and weak. He/she makes images of him/herself as an inferior, helpless person who is always wrong when is active and tries to initiate.

The authoritarian type of parenting can result in order, obedience and discipline, because children suppress their feelings. However, that can often have bad consequences, especially when children begin to have uncontrollable fights. Children will develop in a subordinate, withdrawn or in extreme and aggressive persons.

The permissive type of parents

This type of parent is also known as the anarchic or “hippie” type of parent. He allows their children to do everything that they want. A permissive parent doesn’t make rules. The roles have been replaced. The child behaves like a parent. He/she always knows what wants and how to get that. On another side, the child’s strong will and demands suppress parent’s. 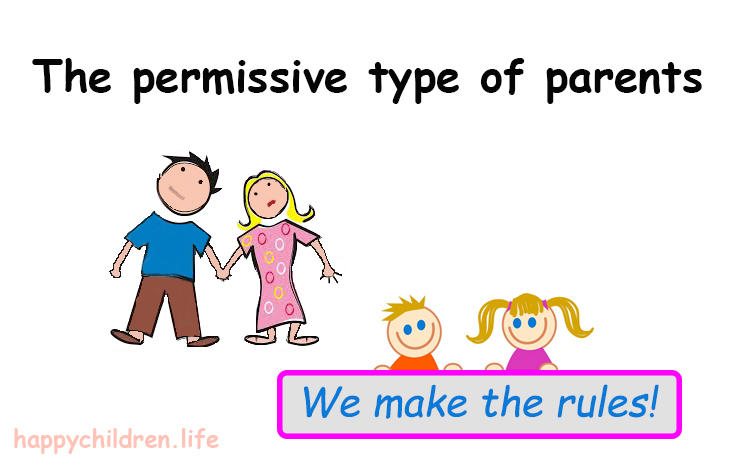 In the modern age, permissive parents overcome. But, such parents should know that they need to change their behaviour if they want children to change as well. First of all, they should be an authority on trust, understanding, and acceptance. Parents should act as an authority so that children also treat them like that.

Permissive parents might appear uninterested to children. This might cause children to think that they aren’t adored. Such children become insecure and unstable. That’s why their behaviour is often variable. Children show complete independence or dependence on parents, complete trust or distrust. But, they don’t have a problem. They just try to test their possibilities in relation to the environment, because their parents didn’t explain the rules and duties to them.

The rules organize children’s life. Children should feel free in the social system, but without established rules from the beginning, they will not fit in. Instinctive desires exist normally in every kid. Children need external control to protect them from those desires. By external control, children create internal control, conscience, and feelings of guilt. Children of permissive parents miss that. As a result, such children are most often spoiled and want to be at the centre of attention always. If parents don’t meet some of the children’s requests, children react with anger.

The authoritative type of parents

Finally, from all 3 types of parents, this is the best type. The authoritative type of parents is also known as a democratic parent. He is one who creates a good organization without force upon a child but including the child in creating. They want to provide a family atmosphere which will promote positive feelings in children. So, they try to understand and respect children, respecting other family members and themselves as well. On that way, parent establishes trust between them.

Authoritative parents influence children without many requests. The key is giving examples. In cases of a child’s bad behaviour, a parent should redirect a child in a positive way by relying on what is positive and constructive in the child.

An authoritative parent can and should scold a child in certain situations. However, because he builds trust with the child, his critics might not cause bad consequences. On another word, since scolding come from parents as an equal person, there is no fear, confusion and internal resistance in the child. Moreover, the child is usually aware that the parent wants only the best for him/her, so he/she is much more willing to accept the parent’s advice.

If your child has the freedom to tell you if you didn’t respect some established families rules, you are the authoritative parent type for sure. For example, if you didn’t wash your hands before lunch, and your child tells you that, that is a sign that your child has really accepted the rules and has self-discipline. 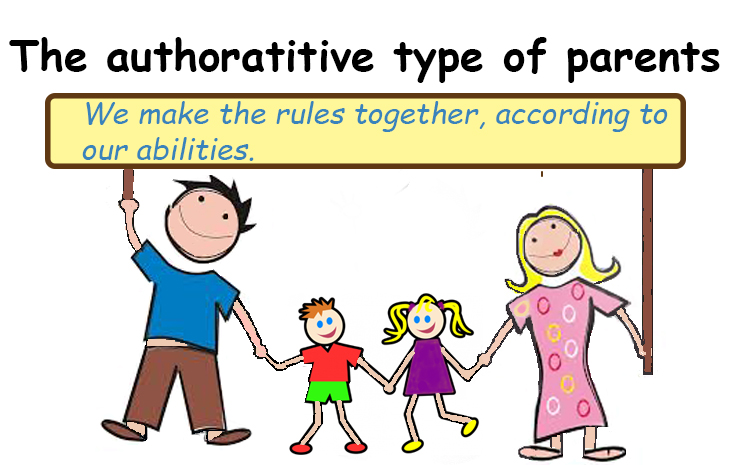 Democratic parents promote children to have and express their own opinions and suggestions but to respect others as well. Such parents build authority on understanding, empathy and closeness with children. So, children acquire trust in parents feeling accepted and loved. They develop into a self-confident, initiative and creative people.

First of all, you should be a parent, not a boss or child’s servant. Don’t use beatings as educational measures but also don’t approve of the child’s bad conduct. Instead of that, through positive conversation, try to explain to your child his/her conduct in order to understand and correct it. If you want your child to respect you, you should understand and respect him/his too.

26 thoughts on “3 Types of Parents: Which of Them Should You Be?”