This test includes 8 different episodes and each episode lasts for 3 minutes. These episodes are presented in the table below.

On testing, separated from their parents in the presence of a stranger, kids with secure attachment show slight anxiety because of the separation of parents, but don’t show fear of the stranger. When parents return, kids run to them in an embrace expressing joy. Then they continue to play and research.

Secure attachment is the most desirable for children’s healthy development in relation to the other 3 types of attachment. Kids with secure attachment experience parents as accessible and responsive personalities which are always there to help them. Because parents respond to children’s needs adequately, timely and consistently, kids experience themselves as being worthy of love and care. Therefore, kids which are attached to their parents securely have no fear of abandonment and feel the confidence in parents. According to the research, secure attachment is the most common in relation to other types of attachment.

On testing, kids of ambivalent attachment react very violently while separating them from their parents. They cry and scream trying in every way to prevent separation from parents. But when they are alone with a stranger, they don’t show the fear. When parents return, kids stop playing, seeking to be in the parent’s arms, but furiously pulling them away from themselves at the same time. They search for contacts with parents persistently but resist contacts as well by refusing joint activities. Parents who try to calm kids often don’t succeed in that.

The relationship between parents and kids of this type of attachment can seem very close. However, parents, although dedicated to caring for their kids, are usually inaccessible emotionally in this relationship. They react only to certain signals of kids. Therefore, kids are unsure always whether a parent will respond or not to their help signals. However, when they discover on which signals parents react, they become what their parents need in order to keep parents close: painful, trapped, and so on. Then, their behaviour becomes demanding, controlling, even blackmailing.

This style of attachment creates in a kid a positive image of others, and negative about him/herself.

Kids of this attachment style avoid interaction with parents. They seem very independent and uninterested. But, they are very anxious actually, just don’t show that. The reason for not expressing feelings is non-response of their parents to children’s signals and not providing help when kids asked for it. Their parents avoid confronting children’s emotions. Over time, kids learn that they can not count on parents when they need it. Because of that, these kids behave as they don’t need parents.

On testing, children of this attachment style react to the parents’ departure and return chaotically and confusingly, without a discriminatory attitude towards a stranger. In fact, they behave differently, viz they express various emotions in the same situations. For example, children may seek the proximity of parents, but also express fear of them. Also, they may show various emotions to a stranger. Children of disorganized attachment can get into the parent’s arms and then can be completely “cold”  wanted to turn and go. In the presence of parents, these children often express fear, just like they don’t know what to expect.

Children of disorganized attachment behave confused and lost because they don’t know what they can expect from their parents. They don’t know whether their parents will praise or beat them. They have very negative experiences with parents. Their parents, often mentally ill, can not offer them a meaningful picture of themselves and others. These children are traumatized, often abused, ignored emotionally completely and scared children.

Disorganized attachment most often provokes children’s closure, anxiety and avoidance of others without a strategy to solve life’s problems.

The Table of Types of Attachment

How types of attachment influence children?

• Interpersonal functioning (partner and friendly relationships, parenting) – People which established insecure types of attachment in early childhood have difficulty to find partners. They have frequent conflicts in relationships, less satisfaction in intimate relationships and less competence than parents.
• Mental health – In people with mental disorders (depression, anxiety, addiction diseases, personality disorders …), we often find insecure types of attachment. This is associated with a low development of self-esteem, a weaker organization of self, an immature defence, a poor regulation of emotions.
• General development of a child – When a baby begins to explore the world, she relies on parents in terms of feeling secure.

Many research on rats explain types of attachment influences. Rats which get care from their mothers research the environment more and have less anxiety and stress then rats which mothers don’t care enough. Also, studies of newborns raised in institutions show how insecure types of attachment influence the social and physical development of children clearly. Newborns who were separated from their parents in the first 8 months of their life, later, rarely try to reach adults for embracing or comfort when they are upset. Not surprisingly, they may show many other developmental difficulties. For example, these children usually reach the first year without saying a single word.

We can conclude that secure attachment is only good for the children’s healthy development in relation to all other types of attachment. To establish a secure attachment of children, you must create a child’s sense of security in the following ways:

Do you like this article? Do you want to know more about the types of attachments and their effects on children’s development and mental health? If you do, recommendation for books about this subject is below. Also, I recommend you to take an interesting and fast Attachment Style Test to find out your type of attachment and advice about it. 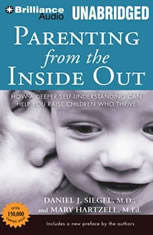 Parenting from the Inside Out: How a Deeper Self-Understanding Can Help You Raise Children Who Thrive - Audiobook Download 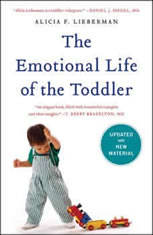 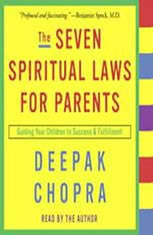 The Seven Spiritual Laws for Parents: Guiding Your Children to Success and Fulfillment - Audiobook Download 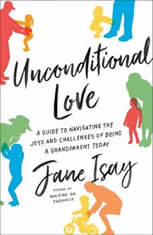 Unconditional Love: A Guide to Navigating the Joys and Challenges of Being a Grandparent Today - Audiobook Download 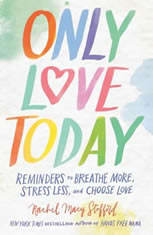 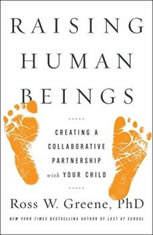 Encyclopedia of Couple and Family Therapy

Building Early Social and Emotional Relationships with Infants and Toddlers

One thought on “Types of Attachment”