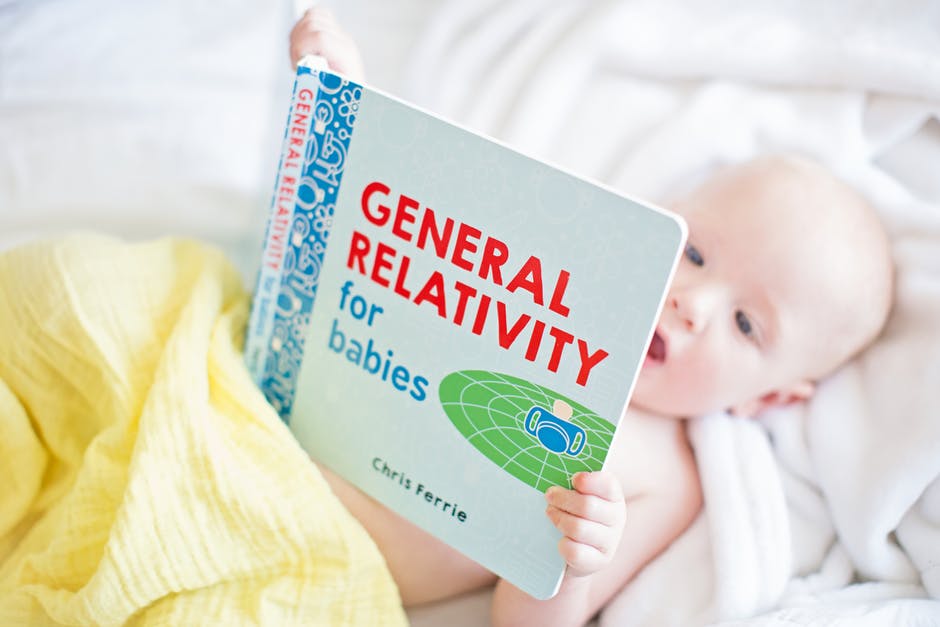 Every parent should be familiar with the cognitive development of babies if they want to encourage them successfully. Babies from birth to 12 months of age stimulate their intellectual development through practical actions. Thinking based on practical actions is called concrete thinking.

Up to 2 months of age, babies pay attention to everything that happens around them, but above all on faces of their parents. They begin to recognize mothers’ voices immediately after birth, which means that the memory of babies has already begun in the womb.

From 2 months of age, babies start to pay attention to all things moving. Also, they don’t react only to the mothers’ voice. They turn heads to sources of many sounds. Therefore, for babies at this age, interesting toys are these which hang over the crib and turn into a circle and rattles as well. Make noise with a rattle from all sides and pay attention whether the baby turns his/her head toward the rattle. If turns, the baby recognizes a source of noise and now is the right time to repeat that functional game to encourage the baby’s intellectual development, perception, motoric and intelligence.

From the 3rd month of age, babies begin to remember the sequence of events or to connect certain activities. For example, if you put a baby to sleep after a bath every day, the baby will know that after a bath he/she should sleep. Of course, if you don’t organize your baby’s activities according to some schedule, this capability of the baby will not be encouraged. Therefore, certain rituals in the organization of a baby’s life are very important in addition to creating positive habits at a baby and maintaining his/her mental health. Of course, these rituals should follow the child’s needs always. 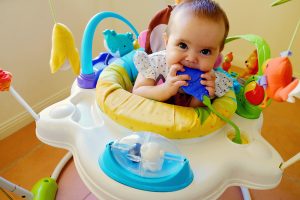 From 5 months of age, babies start to put many objects in their mouth. Parents usually prohibit babies from doing that because they are afraid of health complications due to impurities. However, stopping a baby from putting objects in his/her mouth interrupts the cognitive development of the baby. Also, the baby learns about taste, strength, material and function of objects by putting objects in his/her mouth and boost his/her immunity.

By manipulating objects, babies develop perception and begin to get a new feature. That new feature is discovering small details. They start to pay attention to the buttons of a father’s shirt, mother’s varnished nail, etc. They encourage their own motivation for exploring by manipulating objects. If they like the sound of a rattle, they will repeat this action all the time. Objects that we give a baby for exploring should be clean and safe. For example, a baby shouldn’t be given small things that he/she can swallow.

From the 6th month of age, babies begin to distinguish known from unknown things. In a strange room, they turn heads in all directions to expose the room as much as possible. They still enjoy playing with familiar objects but also have more attention and show more curiosity for new, unfamiliar objects. Because of that, showing many different objects and discovering new, different spaces are the best manner to promote the cognitive development of babies at this age.

Babies don’t begin to make a difference only between familiar and unfamiliar objects and space. They start to make a difference between familiar and unfamiliar faces as well. If a baby shows happiness seeing grandparents which haven’t seen for a few days or shows confusion, curiosity or perhaps fear of an unknown person, then the baby really began to distinguish known from unknown persons. The baby’s happiness towards grandparents or some other persons, not only shows that the baby remembered them, but also that he/she made a certain attachment to them. This is very important for the socialization of the baby. Now, the baby spreads affectionate attachment to other people as well, not just to parent. 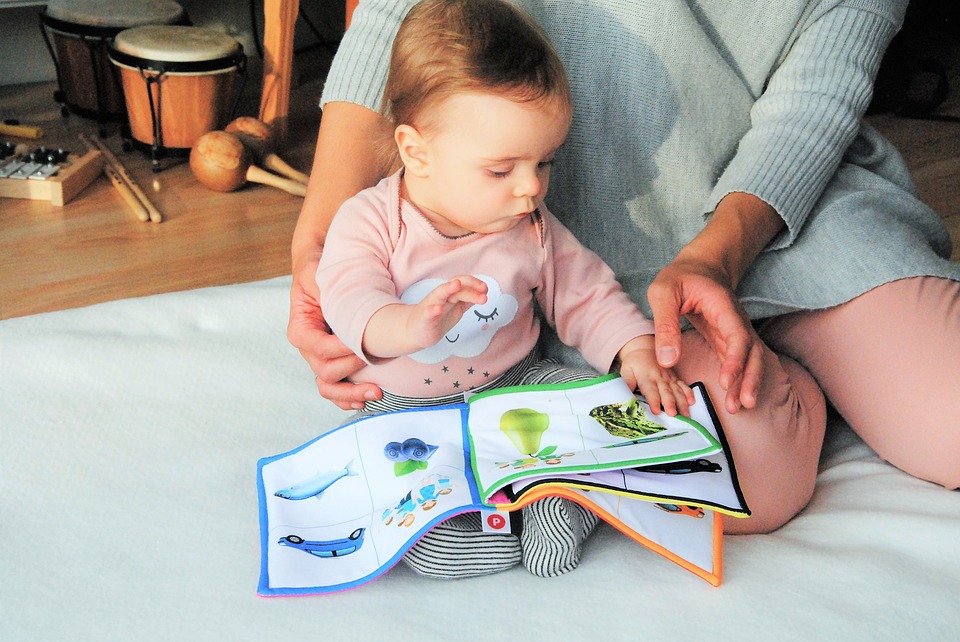 Since most babies start crawling at this age, they can explore and play more on their own now. At first, adults should provide a safe baby’s space. Then they should encourage the baby to discover the environment by saying, pointing out, participating in baby activities, etc.

From 8 months, when babies’ fine motor skills have reached a certain level of development, they begin to explore objects by combining various actions. That actions are pressing, rolling, crawling, throwing, bumping on the surface… All those are very significant for the cognitive development of babies.

Many parents don’t allow babies to throw objects because they consider that action as rude behaviour. Of course, one shouldn’t allow babies to throw glass objects or others which can cause some damage. But, it’s certain that babies at this age should throw the safe objects. In that way, they acquire an insight into the consequences of a particular action and develop the apprehension of depth and height. They also begin to make the difference between objects. For example, a baby can learn that the rush should be shaking, the ball should be thrown, etc. So, don’t keep your children from throwing objects. On the contrary, encourage he/she in such action. Of course, you should demonstrate to your baby the right way of using a particular object as well.

Otherwise, this period means a big change in babies’ minds. This is affected by two reasons.

The babies begin to understand that objects exist even when they completely get out of their field of vision. You can check whether a child has acquired the notion of the existence of an object playing hiding. Show a baby some object, then hide that object behind your back or under the pillow. It’s up to you to be creative and choose a place. It is important to hide the object partly so that the baby can find it easily. Then, you can hide the object completely, but so the baby can see where you hid it. If your baby finds the object, then he/she has a concept of the object existence although the object isn’t in the baby’s field of vision.

From 11th months, babies reveal simple relationships between resources and goals. In fact, they begin to realize that they can get something that wants by some actions or other objects. For an example, if you put the ball that a baby wants on a blanket and then put that blanket on a bed so the baby cannot reach the ball, he/she will pull the end of the blanket to get the ball. This is a sign that the child began to understand the relationship between the means and the goal. Many children psychologists, like famous Piaget, consider these actions as the beginning of the child’s intelligence manifestation.

The table of cognitive development of babies

Babies look passive in their first age maybe, but they are actually very active in learning about the world. Their natural curiosity leads them to explore the environment and people. But, if parents don’t encourage their baby to learn, the baby’s natural curiosity will be repressed. Therefore, the adults should know how to promote the intellectual development of babies. They should make the world to be an interesting place for discovering in the eyes of babies. Only if babies have a support from their closest persons, they will be safe and pleasant to discover the world developing their cognition at the same time.