Skip to content
Home > Parents > Can we be technology addicted? 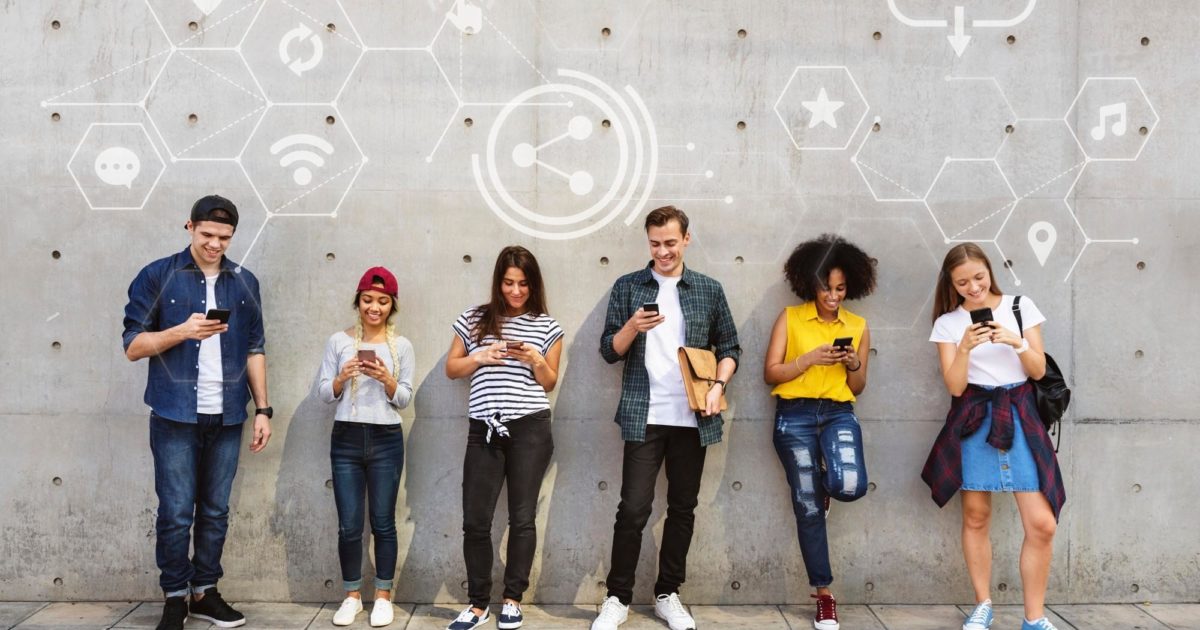 Technology addiction takes over every pore of society very quickly because technologies have incredible power and, at the same time, these have become available to almost everyone.

Nowadays, almost every family has its own computer, and every family member has their own phone. Even many preschoolers have mobile phones that they use not only for making calls but also for playing games or surfing the Internet. Quite simply, business people, housewives, teens, students, kids, and even those who grew up in a totally different world, i.e. members of the third generation, found themselves in front of the information and communication technology power. And everyone uses these technologies, but many aren’t even aware of how much power these technologies actually have, and that this power can cause fatal consequences. It seems that one of those consequences is addiction.

What are information and communication technologies?

On LearningPortal, you can find out the perfect definition of information and communication technologies:

ICT Addiction in the classification of addiction

According to the above, we can conclude that ICT addiction actually represents addiction to the use of telephones, tablets, and computers. However, due to insufficiently collected data, this form of addiction is not yet classified in the International Classification of Diseases of the World Health Organization (ICD-10), nor in the Classification of Mental Diseases of the American Psychiatric Association (DSM-5). However, most experts claim that this type of addiction exists and is widespread increasingly among societies. Some equate it with Internet addiction, but to me it seems to be a broader term than that, considering that many people use these devices compulsively even when they are not online.

How does technology addiction occur?

Technology addiction occurs gradually. Usually, an individual starts using technologies casually. However, even this casual use of technology causes the secretion of dopamine, and dopamine, in turn, an emotional charge. Because of this emotional charge, the individual wants to spend time on the device again, to use the Internet, shop online, or play games. In addition, the time spent in these activities increases more and more, as the brain seeks an ever-increasing dopamine boost. After that, addiction develops, and the person begins to feel discomfort if doesn’t engage in some activity provided by technologies. Also, the individual begins to feel the need to spend more and more time using technologies in order to visit more and more exciting content, pass more and more levels in games or buy an increasing number of products, even those that he/she doesn’t need.

As with any addiction, at first, technology-addicted people often denied that they feel uncomfortably without technology. But, since the time spent on a device increases, the disorder starts to affect everyday life.

Why are some individuals weaker in front of the ICT powers?

The tendency to develop addiction is greatly influenced by genetics. Some people inherit a higher risk for addiction diseases, and ICT supports different forms of addictive behavior: sex, shopping, gambling,…

Also, many people become technology addicted because they find an escape from depression, anxiety, boredom, or interpersonal conflicts in using these technologies. Especially vulnerable are the young, still incompletely formed personalities. Led by peer pressure, they usually become addicted to interactive online activities, which include chat rooms, social networks, or virtual games.

According to the book “iBrain” by Gary W. Small and Gigi Vorgan, many people are attracted to ICT because of the sense of control. The immediate and instant control we have over technology gives us power. We have the power to turn our computer or tablet on and off whenever we want that. This power is also provided by other devices, such as the phone.

The phone, like the Internet, provides a special power. With the help of the phone and the Internet, we can choose who we talk to, for how long, and whether we talk to anyone at all. However, when an individual becomes technology addicted, that power of control becomes false. What’s more, a twist happens, and technology takes over that individual. The screen, keyboard, and mouse become his/her extensions, and the contents that technology provides become his/her experience, his/her life.

How do save control over the use of phones, tablets, and computers?

Regarding the problem of technology addiction, experts often state that the solution lies in establishing control over content and time. Of course, controlling the use of computers, tablets, and phones means limiting the time spent using these. Also, by choosing quality content, we can reduce the negative impact of those technologies. However, the core is in the formation of an individual into a psychologically stable personality, a personality that is capable of resisting even stronger conditioning than the wretched programs of panem et circenses.

It is clear that technology addiction wouldn’t exist to such an extent if people were more psychologically stable and had more developed critical thinking. Dragoš Kalajić (1979) states that the conditioning problem imposed by the panem et circenses institution doesn’t exist for an integral person, because he/she simply doesn’t come to such places. Namely, individuals who have well-developed critical thinking are less inclined to become technology addicted. Their critical thinking helps them to choose quality content and makes them untouchable from the baseness of the digital world.

Today, it is impossible to imagine a society without technology. ICT help people to:

However, these technologies also have drawbacks, like losing power over them. Addiction seems to be one of them, but there is an even more dangerous deficiency. It is the inability of a person to think, socialize, have fun, and act without their use. Certainly, by losing power over the use of ICT, we can put the whole world in danger, and we need to become aware of this issue as soon as possible. We need to be more aware of the behavior of others and ourselves in this technology world. We should think especially about the dangers we can bring our kids into by giving them phones in their hands or placing them in front of computer screens.

In my opinion, we must admit that we started to lose our power over ICT a long time ago. To make sure of that, look around you. Almost anywhere, at any time, you can see adults and kids how staring at their phones and computers hypnotized. You’re likely to see even parents who fed newborns or put them to sleep with the help of a screen. I don’t know what you feel about that, but it’s terrifying for me. I find it especially frightening that many people aren’t even aware of the world they live in. They don’t see the reality that is happening around them because they pay all their attention to technology screens.

We are not progressing as fast as technology, that is why we are losing power in front of it. But, we can still change it to our advantage. By developing awareness in people, we can regain power. Absolutely, the first step in that should be recognizing the compulsive use of ICT as a disease in modern society.

What is your thinking about that?